In Case You Missed It | Style Events, News & Gossip from Around Orlando

The first quarter of 2017 is officially over, and that’s no April Fool’s joke! The year is swiftly passing by, so make sure you’re staying up to date on the most happening events in Orlando by sticking with Style Magazines. Here are highlights from the beautiful month of March, just in case you missed it!

From March 4th-5th, the town of Windermere hosted the second annual Windermere Art Affair. The two day “Fine Art” show featured 60 incredible artist from around the United States and Canada. Guests enjoyed a sunny afternoon of live community entertainment, great jazz music, wine, beer, and delicious food as they shopped and strolled through the beautiful art work. The free, pet-friendly event was presented by Isleworth and helped support both the artist and the Windermere community. Visitors were also able to stop by the Orlando Style Magazine table to pick up a complimentary copy of the new March issue!

The first match at the new Orlando City Stadium was not the game you might have expected! On March 5th, players from Orlando City, Orlando Pride, and OCB faced off against 100 local kids to christen Orlando City’s new home. The children, ages 8-10, had the opportunity to experience the new stadium in an exciting way as they played two 20 minutes halves in which the pros showed off their skills while being severely outnumbered by some of their biggest fans. The match highlighted Orlando City’s ongoing relationship with the city of Orlando and its community. Admission fee for the event was a $10 charitable donation to the Orlando City Foundation.

For nearly 40 years, Winter Park’s St. Patrick’s Day Parade has been a city staple, and this year proved to be no different! The 39th annual afternoon parade took place on Sunday, March 5th in downtown Winter Park and featured more than 75 participating units on a route that began at the Winter Park Golf Course and continued south down Park Avenue to Lyman Avenue. The celebration also included Irish music by Mike Daly and step-dancing at the main stage in Central Park with demonstrations by three Irish dance schools including Sarah Costello, Tir Na Greine and the Watters School of Irish Dance.

The tastiest event in Oviedo returned on March 11th! Taste of Oviedo offered visitors a wide array of local bites from restaurants, caterers, and food trucks. This year’s event featured over 30 participating vendors, a larger seating area geared towards local Oviedo restaurants and an expanded Kids Taste complete with bounce houses, a singing contest and many fun rides. Guests also enjoyed a number of live musicians and other performers that took stage and entertained all day long. Taste of Oviedo’s staple Citrus & Celery Cook-Off was once again a big hit as contestants were challenged to create dishes including either citrus or celery. This year’s event was sponsored by Air Flow Designs Heating and Air Conditioning.

We’re all Irish on St. Patrick’s Day and on March 11th, the celebrations kicked off a few days early at Wall Street Plaza’s St. Practice Day Block Party! Attendees threw on something green and came out for great Irish food, unbeatable drink specials, fun giveaways, green beer, Leprechaun sightings and more including live music from Off Kilter, Irish Pipes & Drums, and DJ Jorge. Not to be outdone, Friday’s St. Patrick’s Day Block Party proved to be the main event as Orlando came together for the biggest and best St. Patrick’s Day Block Party in the city! The event featured 7 green venues and 2 green city streets in the heart of downtown.

One of the nation’s oldest, largest and most prestigious outdoor arts events took place right in our very own backyard from March 17th-19th! The 58th Annual Winter Park Sidewalk Art Festival draws in more than 350,000 visitors and was ranked the #1 Best Fine Art and Design Show in the southeast. More than 1,100 artists from around the world applied for entry and an independent panel of judges selected approximately 225 artists to participate in the show and compete for 63 awards totaling $72,500. Named America’s Best Juried Fine Art Fair, the three-day event also featured show-stopping jazz, children’s activities and great food in Central Park and along Park Avenue in Winter Park.

The Annual Seafood & Wine Festival is a signature Lakeridge Winery event that marks the beginning of springtime and the warmer weather. From March 24th- 25th, the beloved festival returned for its 9th year, much to the delight of all in attendance! Local Artists and Crafters were invited to display their work as guests enjoyed Lakeridge wine, beer, soft drinks and a variety of tasty seafood specialties. As always, the event also featured complimentary tours and tastings of Clermont’s favorite Winery in addition to fabulous live outside music and entertainment throughout the entire weekend.

The 5th Annual Mission Inn Festivals of Speed showcased both vintage and contemporary vehicles of all makes and models for a weekend of luxury and speed! A tour of cars cruised throughout the winding roads of beautiful lake county on March 25th for Saturday’s Tour D’Elegance. On Sunday, the gorgeous vehicles were placed against the exquisite setting of Mission Inn Resort. The perfectly manicured fairway of the magnificent property proved to be the perfect host for some of the world’s most exotic supercars, American muscle, rare custom motorcycles, and countless other unique and exciting vehicles. Event proceeds benefitted The Tom & Kim Ruggie Family Foundation. 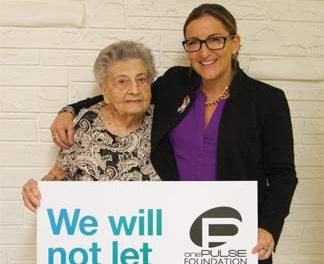 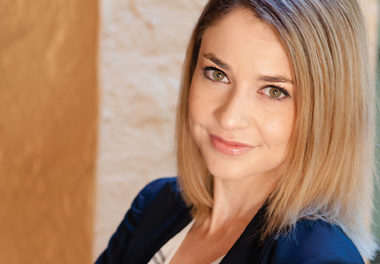 Best time to buy a house might be now!