It took many years, and confidently defiant women, to liberate female beachwear. 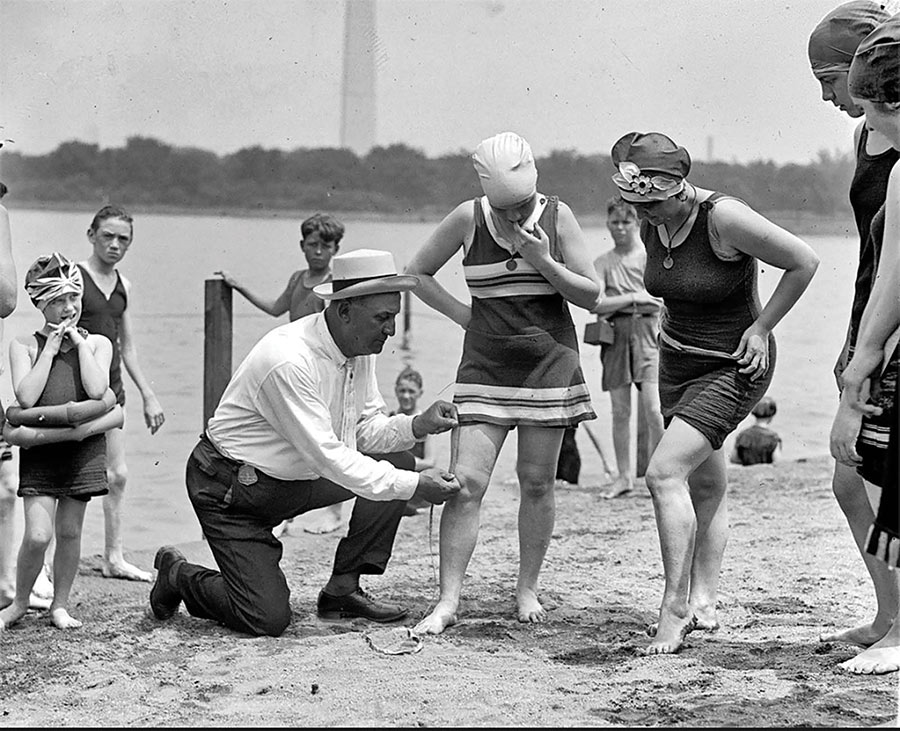 Itsy-bitsy to Modesty. The first instance of a modern-day bikini, specifically the bandeau bikini, has been around well before it’s mainstream popularity, as far back as ancient times. In Roman and Greek bathhouses, birthday suits or a two-piece were often worn in women-only bathhouses. Fast forward to the 1700s when beach-going became a leisurely exercise, but getting some color on your skin was unwanted. Therefore, women would wear floor-length, long-sleeved, billowy “bathing gowns” with face-shading bonnets, shawls, and gloves. Women were known during this time to sew weights into the hem of their bathing gowns to prevent it from floating up in the water and showing their legs. Talk about extreme!

Victorian Era. When taking a stroll on the boardwalk wasn’t enough, and women actually wanted to jump in the water and have fun, the invention of “bathing machines” was a lifesaver. They were  ideal at a time when changing clothes in public was impossible. Basically a cabana on wheels, the bather entered the hut fully dressed and changed into her bathing suit inside. Then, these huts were drawn by horses into the water and would obstruct the view of women swimming from the shore, providing privacy before, during, and after their swim.

Bloomin’ Bloomers. Bloomers still subscribed to the “rules” of swimsuits, covered and non-fitting. Except now, puffy, Turkish-style bloomers and dress-length tops were in. These were short-sleeved, knee-length, and often made of flannel to withstand rising up in the water. These eventually evolved into the classic sailor-inspired frills and trims. Lace-up beach and swim shoes were also introduced during this time.

Turn of the Swim-tury. In 1907, Australian Annette Kellerman, the inventor of synchronized swimming, was arrested for “indecent exposure” in Boston for wearing a men’s swim suit with stockings underneath. The suit was form-fitting and short-sleeved, daring to show her arms. She argued in front of a judge that restrictive bathing suit laws prevented women from learning how to swim, and it was “like swimming in a ballgown.” She was dismissed of the charges, and the public started ditching their attitudes on the last of Victorian fashion in swimwear.

Gearing Up for Athletes. In 1916, just after the Swedes added swimming and diving events for women to their Olympic program, Jantzen was founded as a new brand of swimwear and changed the term from “bathing suit” to “swimming suit” to justify more revealing women’s suits as athletic as more women joined competitive swimming.

Roaring Protests in the ‘20s. The Twenties was a time for rebellion and changing times, which some women saw as an opportunity for body autonomy. American athlete Ethelda Bleibtrey was arrested for “nudity” at Manhattan Beach when she removed her stockings before going swimming. Her arrest caused so much public outrage that her charges were dismissed, and thereafter, women could go swimming without having to wear stockings. Bleibtrey also championed swimming as a sport by getting arrested and spending a night in prison for diving into the Central Park Reservoir to advocate for a swimming pool in the park, and she went on to become a multiple-winning Olympic Gold Medalist in Women’s Swimming.

The Bothersome “Swimsuit Police.” Although swimsuits ditched the stockings and sleeveless became the norm, measurement requirements were in effect in many states, like six-inches above the knee. During this decade, many women who didn’t meet the measurement requirements were arrested for refusing to cover up or leave the beach. They’d be hauled away, jailed, and fined.

Out-swimming the Boys. In 1926, American Olympic Medalist Gertrude Ederlen became the first woman to swim the English Channel. She cut up her one-piece swimsuit into a two-piece, still before they became mainstream, and covered herself in grease to swim the 35 mile channel in a record-breaking 14 hours and 31 minutes, shattering the previous men’s time by two hours.

Birthing the Modern Bikini. In the decades after, as swimsuits became smaller, two-pieces popular, and swimming was widely enjoyed by many, the demand for them grew.  Movies and films depicted more fashionable swimwear, like waist-high bottoms, halter tops, ruching, and sweetheart necklines. It wasn’t until 1946 when a French “lady of the night” was the only one bold enough to model the modern bikini. It was the first garment of its kind that risked going below the navel, and it left little to the imagination. Bikinis went mainstream in the ‘50s after French actress Brigitte Bardot was the first to wear one in a movie. Hollywood and Vogue popularized the idea of swimwear being fashionable, sexy, and glamorous, a trend that continues today.

Style Over Literal Substance. With the invention of nylon in the ‘60s, swimwear became tighter and more practical for beach weather. Minds expanded and bikinis shrank in the ‘70s, flaunting more midriff than ever. The ‘80s brought wilder prints, brighter colors, higher leg-lines, and swimsuits plunged deeper in the front and revealed more in the back. Iconic styles emerged from TV stars Pamela Anderson and Carmen Electra on Baywatch. The ‘90s brought more athletic designs from popular sports brands and the premier of tankinis. Mixing and matching tops, bottoms, and prints became popular.

New Millennium, Who Dis? With changing attitudes, body ideals, acceptance, and positivity at the turn of a new century, swimwear has come to reflect the individual and represents all kinds of bodies. Cover-ups and shawls became fashionable and stylish, the burkini was introduced in 2005, and rashguards and surfwear is more widely available. We can still see the influence of swim trends throughout history in our modern swimwear, like cut-outs and sailor-frills. Most important, swimwear is available in all sizes!

Whatever your swimwear fashion and level of comfortability, never forget that it is your right to choose what you want to wear to the beach, or any place for that matter. Remember and learn from the many women throughout time who paved the way for the choices that we have today. Happy Women’s History Month! 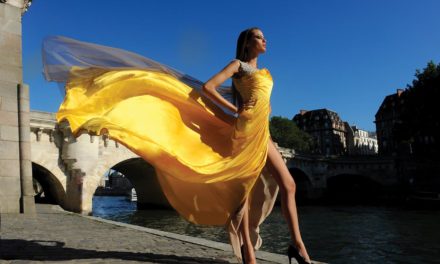 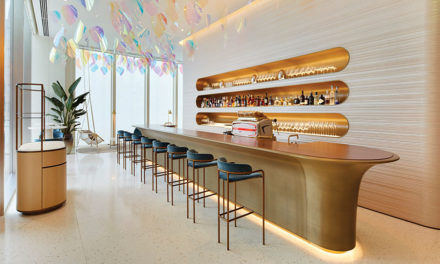 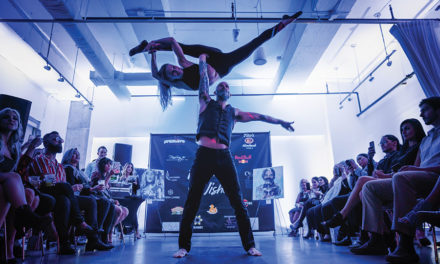 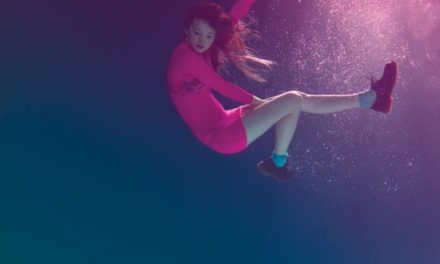