What Is An Appeal?

Bill Cosby’s Conviction &  Why Were There Two Trials? 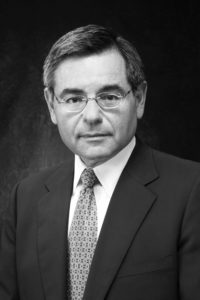 Bill Cosby originally went to trial almost a year ago, however, he was not convicted. The trial ended in what is called a “hung jury”, which means that the jurors could not agree on a verdict. Some people asked why a second trial was allowed in light of the Double Jeopardy Clause of the United States Constitution. That clause provides that a person cannot be put on trial and punished for the same crime twice. Cosby was put on trial a second time after the first trial ended with a hung jury.

In a case, the guilt of the defendant must be proven by the prosecution beyond a reasonable doubt. In federal court, a jury of twelve people is required for a felony. In state courts, six or twelve jurors are required depending on the state and the crime. Whether there are six or twelve jurors, the defendant cannot be convicted unless all jurors agree that the prosecution has proven its case beyond a reasonable doubt. Ultimately, each juror must decide whether the defendant was proven guilty. While the jurors deliberate with each other in an effort to reach a verdict, it is each juror’s constitutional duty to make up his or her own mind.

A second trial gives the prosecution the benefit of changing its presentation by adding or deleting witnesses. In addition, the prosecution is able to restructure its arguments and develop additional evidence. While the defense is also able to call new witnesses and change its strategy, ultimately, the prosecution usually benefits the most from a retrial.

A defendant convicted in a federal court in Florida appeals to the Eleventh Circuit Court of Appeals, which is headquartered in Atlanta, Georgia. If an appeal results in the conviction being affirmed, a defendant has no right to an automatic appeal to the Supreme Court of the State of Florida except in death penalty cases. Likewise, in a federal appeal a defendant has no right to have the Supreme Court of the United States consider the appeal.

An appeal is not a trial. The appellate court reviews what happened in the trial based upon a review of the record. No new testimony or evidence is considered at the appeal.  The number of appeals that result in convictions being overturned is quite small. In Mr. Cosby’s case, his lawyers will analyze the trial and determine what legal issues should be brought to the appellate court’s attention. As an example, the appeal in Cosby’s case may include an argument that the trial judge should not have allowed the jury to hear the testimony of the five women who testified as to Mr. Cosby’s sexual assaults.

While Mr. Cosby may be successful in his appeal, the statistics as to reversals are against him as they are for any defendant in a criminal case.