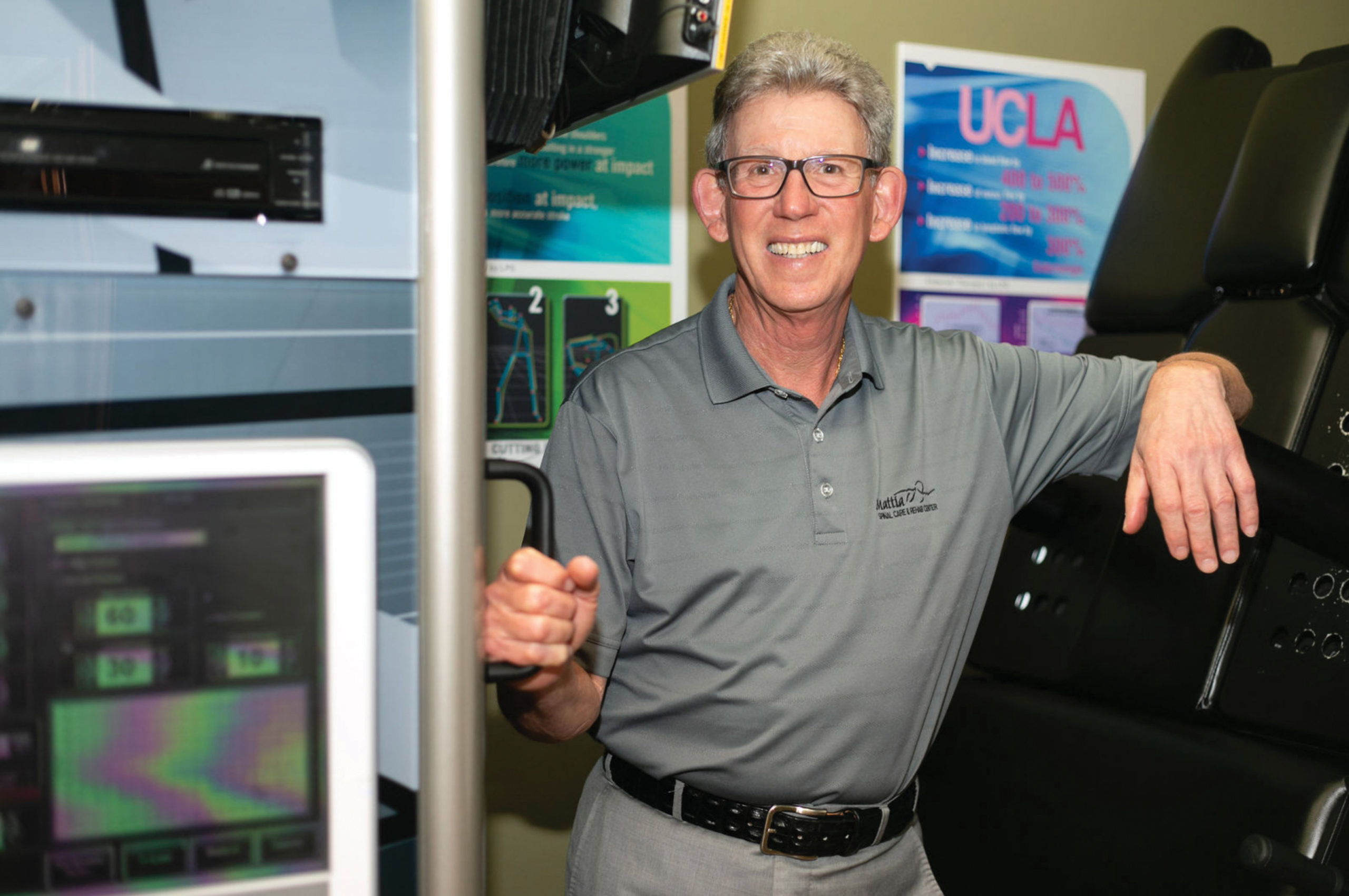 Gerald R. Mattia D.C. has been practicing chiropractic for 43 years.  Even before that his life has not been ordinary.  At the age of 15 he had been given 6 months to live. “I was born with a severe heart condition called aortic stenosis.”  People suffering from this condition have an aortic valve in their heart that gradually degenerates and therefore the heart cannot function properly.   Heart surgery in the sixties was not as successful as today.  He also had bad allergies.  His mother was not ready to give up.   On a friend’s recommendation, she took her son to a chiropractor.  “The aortic valve stopped closing at 92 percent and my allergies were gone,”  Dr. Mattia said.  He was able to live to the age of 35 when he received his first new aortic valve and the success rate of heart surgery was higher.

Dr. Mattia became a chiropractor because of this.  He earned his chiropractic degree from New York Chiropractic College and opened a practice in 1977. Dr. Mattia practiced in New Jersey from 1977 to 2001.   During that time he received many awards: Chiropractor of the Year 1996 and Sports Chiropractor of the year several times.  He was appointed to the Board of Chiropractic Examiners, on which he served for six years, by the governor of New Jersey.  He was also a board of director for the International Chiropractic Association and the Northeast Regional Director.  Dr. Mattia has been the president of International Chiropractic Association Sports Health and Fitness Council from 1996-2011 during which he joined Arnold Schwarzenegger every year in Columbus Ohio for the ICA Fitness Symposium. The Symposium is held in conjuncture with the Schwarzenegger Fitness Weekend.

In his quest to provide clients with the best preventative and therapeutic chiropractic care available, Dr. Mattia studies research, treatments and technologies from around the world.  Consequently his office houses some of the most unique, cutting edge technology available: decompression therapy machines which help with disc problems in the low back and neck eliminating the need for surgery, the LPG key module for endermotherapy,  class 4 laser to promote healing, and Spine Force which offers non static exercise for patients and helps rehabilitate and develop muscle strength for the core and intrinsic muscle of the spine. It was developed in France and Dr. Mattia helped introduce it in the United States. These technologies have come to complement the fundamental chiropractic adjustment.

In 2001 Dr Mattia retired from his NJ practice and moved to Florida to begin semi retirement.  But the quiet time did not last too long.  Outside of the office, Dr. Mattia does power walking and likes to travel and loves golf and baseball.  All during his career Dr. Mattia has taken care of many athletes from middle school to professional as well as regular clientele.  His love for sports has helped him understand that spinal care for athletes is required for better performance and nervous system function.  Dr. Mattia practices with his wife Paulette Mattia D.C., and Guillermo Nazario D.C.   Dr. Mattia has helped many chiropractic college graduates begin their careers by having them work with him and gain experience.  Dr. Mattia also has a new venture consisting of non surgical regenerative therapy for knees and other joints at Viscogen in Lake Nona.

Dr. Mattia’s love for his practice and clients is apparent in his contagious enthusiasm and liveliness. “ The best part of my practice is the fact that people come to our practice and get better naturally, without medication.  Touching thousands of lives over the years with the benefits of chiropractic is a professional achievement.  “Living to the age of 69 when I was supposed to die at 15 is a personal achievement.   A great cardiac surgeon, Kevin Accola M.D., chiropractic care and prayers saved my life.”