Appeals From a Criminal Conviction

Everyone convicted in federal or state court has a right to appeal the conviction. Throughout my years of practice in criminal defense, I have received countless calls from those convicted of crimes, or their family members, who do not understand a criminal appeal.

An appeal is not a new trial, rather it is a review of what occurred in the trial and sentencing to determine if the trial judge made an error that resulted in an illegal or unconstitutional conviction or sentence.

In Florida, cases are appealed to the District Court of Appeal. A federal conviction is appealed to the United States Circuit Courts of Appeal. An appeal is considered by three appellate judges. These judges determine whether the trial court committed errors that are so serious as to require the conviction or sentence be reversed.

In addition to the briefs, the appellate court may set an oral argument. The oral argument occurs at the court of appeals and is before the three appellate judges who will decide whether to reverse or affirm the conviction. Oral arguments are usually limited to 15 minutes per side.

I have handled many federal and state appeals over the years. As an Assistant United States Attorney I represented the United States in appeals of cases that I prosecuted. As a defense attorney I have handled appeals for my clients who have been convicted. I have also handled appeals for people after a different attorney had represented them at trial.

A successful appeal of a criminal conviction requires the attorney to (1) completely review and analyze the record; (2) identify the important issues to raise with the appellate court; (3) write clear, concise and persuasive briefs; and (4) present effective oral argument, even though the time is extremely limited.

Successful appeals can result in a new trial, dismissal of the case, or a reduced sentence. Like all areas of criminal defense, appeals are an important part of defending liberty. 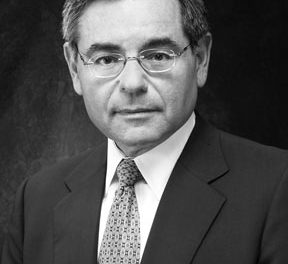