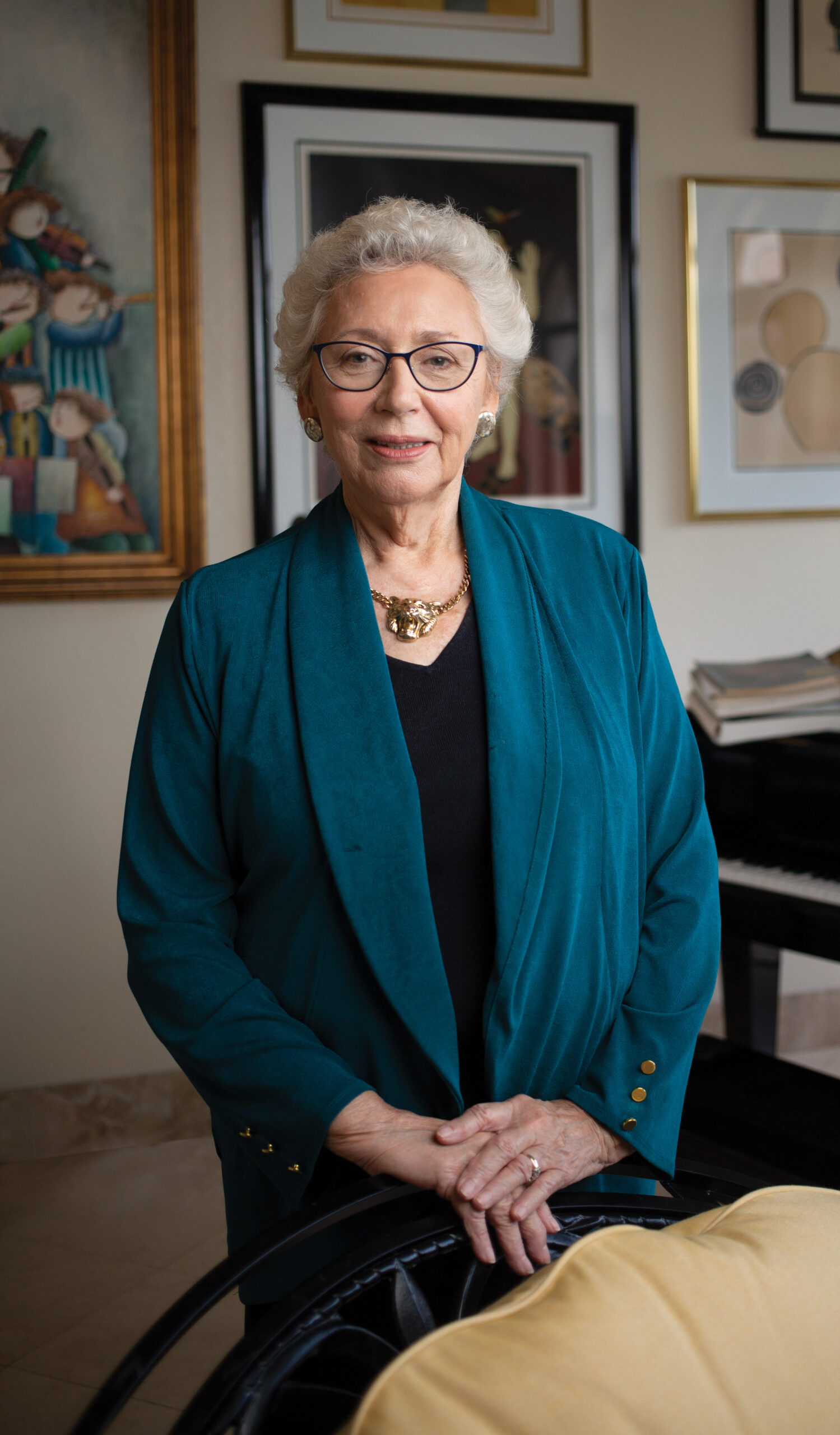 Growing up in Orlando from the age of six, Carolyn’s favorite memories were the weekend canoe trips on Central Florida’s many beautiful lakes and rivers. Her love of the water led her to synchronized swimming, first as a competitor and eventually, as a teacher.  Also, Carolyn became the first female lifeguard for the Orlando Recreation Department.

Interested in science, Carolyn graduated from Southern Methodist University in 1964 with a B.S. in Physics, beginning her professional life as a math and science teacher. After earning her M.S. in Physics from Rollins College in 1975, she began a 15-year career as the chief radiation physicist at Orlando Regional Medical Center. In addition to career success at ORMC, Carolyn also met Thomas Sawyer, M.D., who was to become her husband. She left the Radiation Oncology Group in 1990 to begin a significant career change. She was interested in establishing relationships with and helping people directly.  In pursuit of that new direction, Carolyn enrolled at Stetson College of Law in 1991. Her husband decided to make the career change with her.

Graduating in December of 1993, Carolyn and Tom formed Sawyer & Sawyer, PA, with a focus on Elder Law, a relatively new field at the time. They immersed themselves in understanding long-term care, Medicaid planning, estate planning, probate and trusts. They opened their first office in 1997, with their daughter, Attorney Cary Moss, joining the firm in 1998, followed by Cary’s husband, Attorney Tom Moss, in 2003.

Given her passion for protecting the elderly, Carolyn became Chairperson of the Elder Law Section’s Committee on Elder Abuse, Neglect and Exploitation. Her committee helped sponsor annual multidisciplinary workshops on Elder Exploitation with the Florida Office of the Attorney General.  She also participated on a committee with Florida lawmakers in 2014 to develop landmark legislation on criminal elder exploitation. Additionally, Carolyn was the recipient of the 2009- 2010 and the 2013-2014 Charlotte Brayer Public Service Award.

Carolyn credits her professional experiences across different careers with giving her the extra insight and empathy for providing ongoing, personalized family member support when clients are at various stages of aging. She also hopes to demonstrate that it is never too late to pursue one’s passion. Nearing retirement in March of 2021, Carolyn will be seeking opportunities to learn new skills and to make additional contributions to her family and her community.