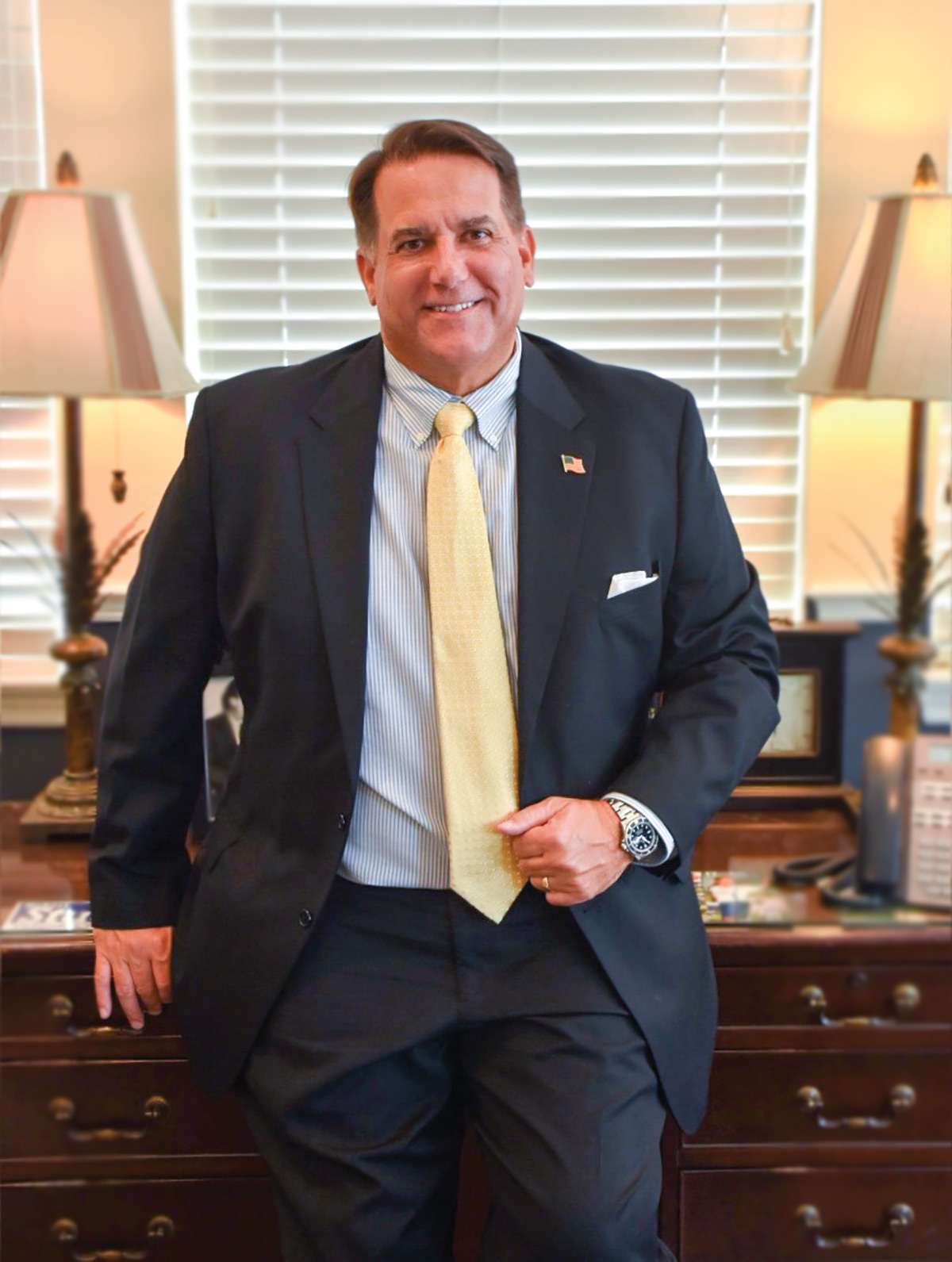 “A half of a cup of Justice, is still a half of a cup of Injustice. And Injustice in any form cannot stand.” Attorney Eben Cowles Self dedicated his law firm to representing his clients with all of his talents and efforts. With a reputation for being a well prepared and captivating litigator, Eben is a well respected figure in the Central Florida Legal Community.

Having completed a Certified Legal Internship with the Office of the State Attorney, Eben was hired as a prosecutor before he knew his bar results. In 1994, he was named the Mothers Against Drunk Driver’s “Prosecutor of the Year” having tried over 30 DUI trials. After four years, he was hired by one of the largest Insurance Defense Law Firms, where he quickly established a reputation for going to trial. Eben tried sixteen civil jury trials in four years and wrote a number of appeals to the Fifth District Court of Appeals and The Florida Supreme Court. His success led him to a partnership at Morgan, Colling and Gilbert, where he handled hundreds of cases and tried numerous jury trials.

In 2007, Eben decided it was time to create his own trial firm, where he handles Personal Injury, Criminal Law, Family Law and Complex Business Litigation matters. Eben has the rare ability to handle matters based on his wide array of experiences. Eben is a Life Member of the Million Dollar Advocates Forum, having received verdicts and settlements greater than a million dollars.

In 2019-2020, Eben tried multiple criminal trials, resolved and litigated numerous six-figure resolutions of personal injury cases and recently, was one of the first lawyers to handle a divorce trial by virtual video technology. Eben has helped families with pre-nuptial agreements, dissolution of marriage and paternity matters at both the trial and appellate level. He believes his role is to help families navigate the waters of today and the future. As a small law firm, “We can give clients the attention they cannot get anywhere else.”

Eben Cowles Self, Esq. is a graduate of Choate Rosemary Hall, Florida State University College of Business, and Nova University Law School. He is a member of the Florida Bar and admitted to practice in the United States District Court for the Middle District of Florida and the Eleventh Circuit Court of Appeals. He served for seven years on the Howard Phillips Center for Women and Families, was twice the President of the College Park Neighborhood Association and has served for four years as the President of the Edgewater High School Foundation. Most importantly, he is a husband to a wonderful wife and a proud father of four amazing daughters.