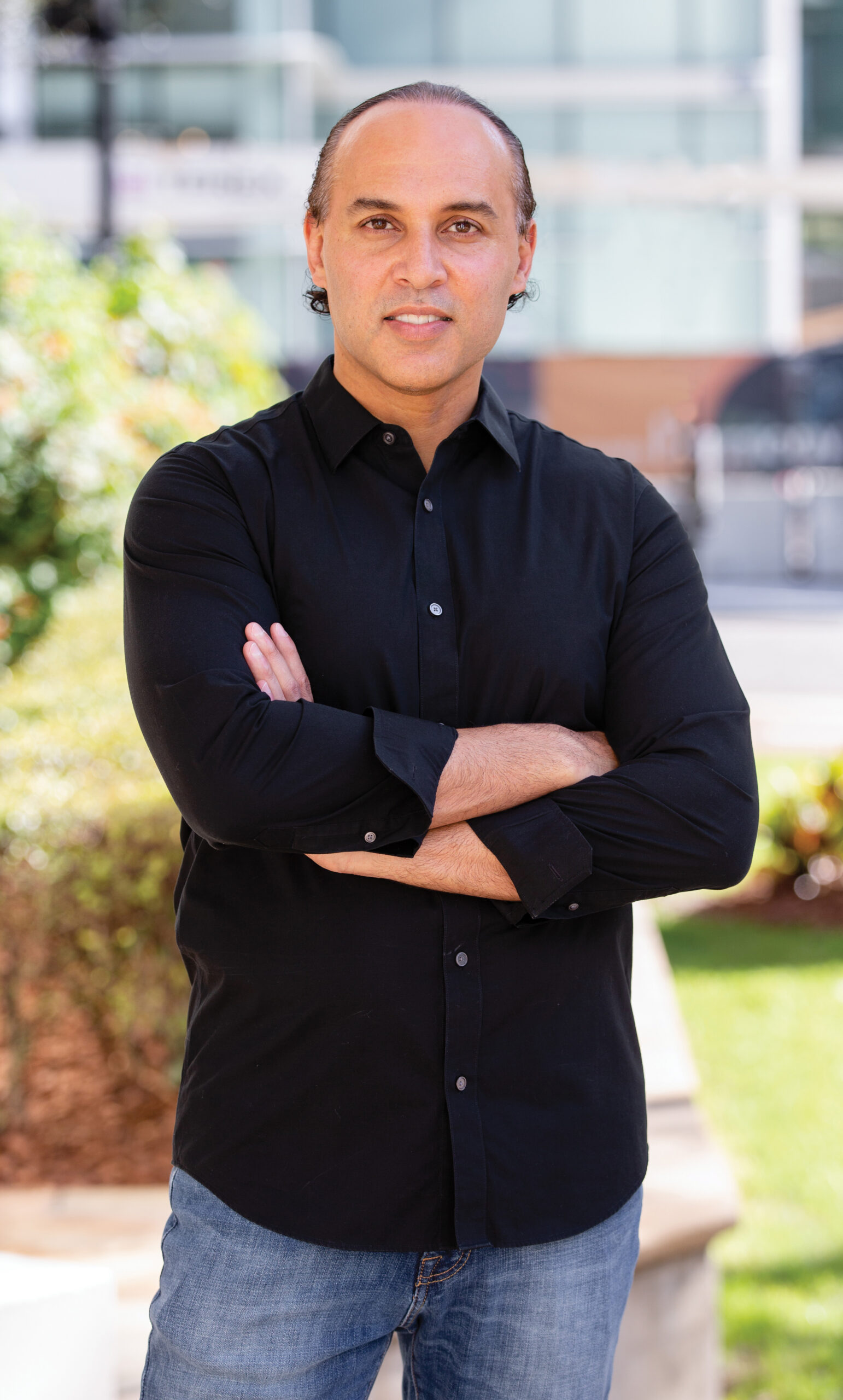 Although Dr. Shaikh grew up a California native, Orlando is now his home. Dr. Shaikh attended UCLA for his undergraduate degree and UC Davis for medical school. Afterwards, he went to Stanford University to train in ophthalmology and then specialized in retinal surgery at William Beaumont Hospital in Michigan. He arrived in Orlando in 2003 where his first job out of fellowship was with a local private practice. Dr. Shaikh established small-gauge microinvasive vitreoretinal surgery in Orlando by setting up the local operating rooms and proctoring several local physicians in the technique. He’s also taken part in several interesting local cases including a well-publicized surgical repair of a blind 2-year-old war victim brought to the United States, and specifically Orlando, for medical care who regained her vision after his intervention.

After a few years in private practice, Dr. Shaikh made a transition to the public non-profit sector as one of the original faculty at the UCF College of Medicine and staff vitreoretinal surgeon at the Orlando VA Hospital. He has remained in academic practice and been responsible for numerous local medical education precedents having established multiple local ophthalmology residency affiliations and the region’s first retina training fellowship. He also serves as educational chair of ophthalmology at the UCF College of Medicine. Many of his trainees have gone on to have outstanding careers in the specialty and several have returned to serve the Orlando community. He currently supervises the visual electrophysiology service at the Orlando VA hospital and is in charge of ophthalmology postgraduate training. Dr. Shaikh volunteers in international telemedicine where he has served for many years as an Orbis and Doctors without Borders consultant for complex eye cases. He holds numerous local and national university professorships and has written several books, book chapters, and over 50 academic papers. His current research interests include artificial intelligence and nanoparticle work in the UCF Department of Engineering.

Dr. Shaikh has a special interest in mindfulness and humanity in medicine and has taught several of his trainees to meditate. He hopes to train conscious and mindful surgeons who will be “good” doctors and understand that there is a deep spiritual truth in the patient-healer relationship, that the practice of healing is an art, passed on from one to another, generation after generation, and for those who appreciate it, the journey of a lifetime. Dr. Shaikh is currently single and enjoying life in Lake Nona, where he has raised his three lovely children, soon to all be in college. His Orlando favorites include the Magic, the Winter Park Bach Festival, Orlando Shakes, the Cornell and Orlando Museums of Art and dining on Park Avenue. He also enjoys travelling, photography, yoga, weightlifting, collecting books and art, and literature, but most of all life in Orlando.