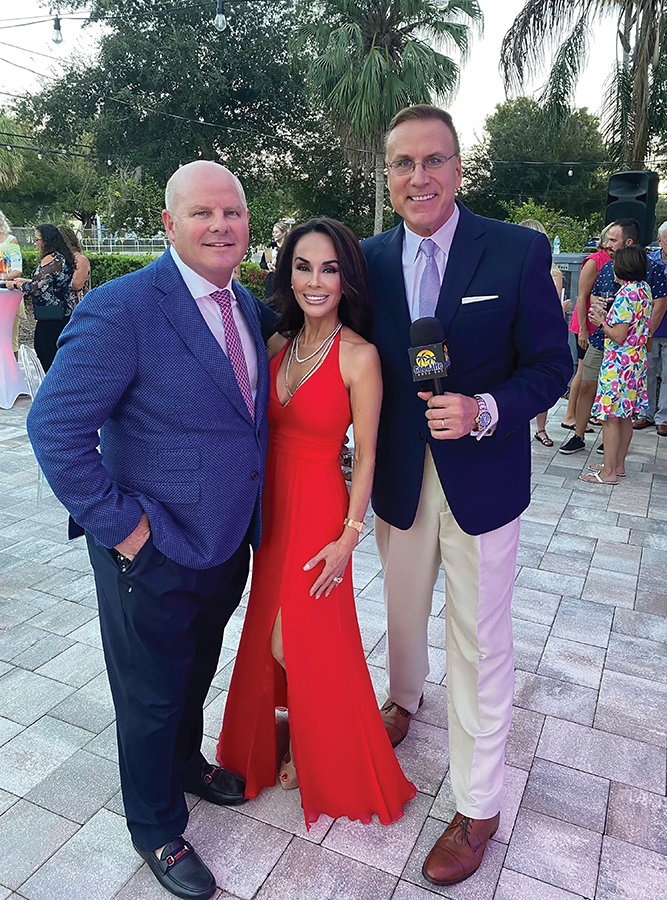 Over the last 20 years you probably have seen award winning TV Host / Producer, ‘H’ John Mejia, on TV across central Florida with his ‘Good Life Tampa Bay’ and Fox Sports Net-TV shows, that have aired on ABC, ION, WMOR and Fox Sports. That’s in addition to all the corporate branding messages and promotions that he has produced on digital platforms.

His media portfolio includes everything from: celebrity charity events, to Super Bowl Party coverage, to interviewing top entrepreneurs, to being the TV host and producer of the Playboy Celebrity Golf Tournament in LA that aired on National TV.

His media-marketing agencies, have a who’s who of corporate clients and celebrities that have appeared in his work. He feels, now more than ever, that videos are a must have marketing tool to help brands share their story. “Today, TV is still an important part of the marketing mix, but the eyeballs of attention have shifted to the digital space of social media platforms,” says Mejia. “Years ago we use to have a few major Networks that dominated the attention, now there are thousands of media distributions channels that have disrupted and fragmented audience’s attention. Today’s successful brands need to know how to navigate the new map towards successful branding.”

He successfully released his award-winning book on Amazon in January 2021, Step Into Your Zone: Playbook of Secrets for Peak Performance in Business, Sales, and Life. “Writing the book was one of the greatest life experiences, because it allowed me to reflect back on my journey of accomplishments and also on the struggles that I have experienced.” The book reveals how Mejia dealt with his battles with self-sabotage long after being cut by NFL and USFL football teams. The former college All-American guides and inspires readers to breakthrough and better their best.

Mejia sees the biggest challenge today for companies is obscurity.  He says, “It doesn’t matter how great your product or service is, if no one knows who you are, you will never get the traction you need for sustainability. Media Marketing is the key to play in today’s game.”

‘H’ is originally from NYC, he grew up in Jamaica, Queens. He went to Bayside H.S., and then went on to graduate from Towson University in Maryland. He has lived in Florida over the last year 20 years and is married with two daughters, and one step-son. You can always see him sharing the uplifting stories from ‘Julie Weintraub’s Hands Across the Bay’ charity.